The Sextet, native from Buenos Aires, with original arrangements and an expressive female voice, was consolidated in March 2017. Musicians from different initial expressions, that leave you with a known tune on your head and a warm moment.

“El Afile Tango” focuses on a repertoire of classic tangos reinterpreted in a new and attractive way, appealing to emotion. They are now presenting their album “Nuevas Miradas”, which includes 10 tangos, a milonga and a waltz. New looks, new arrangements, new interpretations of “known” tangos assumed as a challenge of taking them to an audience accustomed or not to tango. The album was recorded and mixed at “Estudio Liberty” by Juan Libertella. It features the participation of Sandra Mihanovich that interprets with Laura the waltz “Gota de lluvia”.

They appeared in many of the Buenos Aires milongas such as “Oliverio Girondo”, “Domilonga”, “Ella es Así”, “Los Laureles”, “El Despelote”, “Abracatango” and “Mirando al sur”; in cultural centers such as “Batalla Cultural”, “Tiempos Modernos” and “Espacio Cultural del Sur”; in concert halls such as “Esquina Homero Manzi”, “Alianza Francesa”, “Clásica y Moderna”, “Espacio Tucumán” and “Club de Música”; and at events such as “La Noche de los Museos 2018” (at the “Museo Simik”). At “Pista Urbana” was the official presentation of the album the days 29/5 and 05/6 of 2019. They also presented their album live in the auditorium of the radio 2×4 within the program of Mónica de Carvalho. 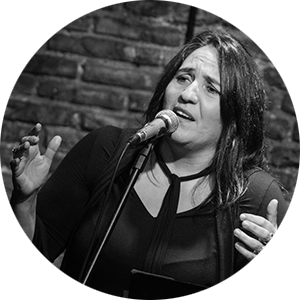 Since 1991 she has been the creator and singer of rock, blues and jazz bands, with the slogan “I want it jazz” (2009-2015). In 2015, she is one of the 5 finalists of the “First Big Bands Vocalists Contest” organized by GCBA. She currently specializes in tango interpretation with Amelita Baltar. 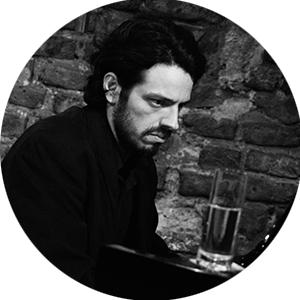 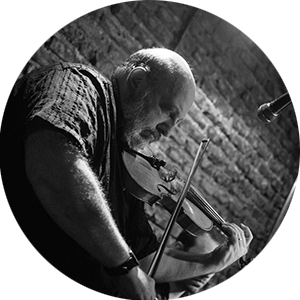 He began his musical studies with his mother, Professor Amalia Thau Schaffer, receiving violin lessons. Graduated from the conservatory “Carlos López Buchardo” with the titles of violin, viola and singing teacher. He gave concerts in the most important theaters in Argentina such as: “Buenos Aires Teatro Colón”, “Teatro Nacional Cervantes”, “CCK”, etc. In tango, he has participated in artistic productions in: “El Antiguo Almacén”, “Café de los Angelitos”, “Esquina Homero Manzi”, “Café Tortoni”, “36 Billares”, “Canning Hall”, “La Viruta”, among others.
.

He graduated as Orchestra Director at the National Art University of Argentina. He is currently Director in the Concertante Music Orchestra of Buenos Aires. He has conducted symphony orchestras in Argentina, Brazil, Mexico and Italy. He studied bandoneon with the teachers Juan Carlos Caviello and Néstor Marconi. From 2013 to 2015, he was the conductor and bandoneon of the “Orquesta Típica de la Vuelta de Rocha”.
. 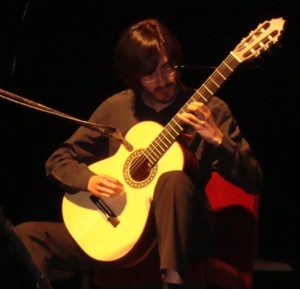 He obtained the title of Senior Guitar Teacher with the best qualification of the “José Lo Giudice” Provincial Conservatory. He studied tango and folklore with professors Juan Falú and Carlos Moscardini. He has been invited as a soloist at the World Guitar Festival of Argentina and at other international festivals in Argentina, Uruguay and France. He won awards for performer and composer at the “Guitarras del Mundo” festival in 2011.
.